Financial Benefits With 5G, and How to Receive It? 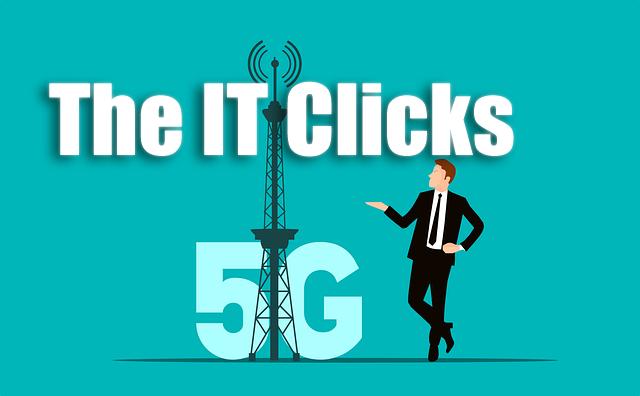 Many fears and doubts linger before the new technology comes into use. The same thing happened with 5G. Some have already approached the court to block the 5G network in the country due to suspicions. In fact, the country lags behind in accessing 5G technology. The debt burden on telecom companies has skyrocketed with the accumulation of all available for 3G spectrum. Unable to bear them, many telecom companies have already given up. While there were 11 telecom companies in the country a decade ago, now the number has dropped to four. This has slowed down the 5G process worldwide. 5G is currently available in over 100 countries. Of these, 5G services are limited to certain areas. There is no doubt that the sooner 5G is implemented, the greater the financial benefits.

Miracles With The ‘Internet’

The Internet was born in 1994. Now the man is punishing life. Completely changed the lifestyle. The impact of the internet is especially visible in cities. Covid is the internet that people are using extensively. Covid

What Are The Financial Benefits Of 5G

In the early stages (June 2020), it was estimated that 42 percent of American employees worked from home. This is made possible by the Internet. The ‘work from home culture is also gaining momentum in India. This movement is likely to continue in the near future. The total number of internet users in the country in 2012 was 2.3 crore. At present, it has reached Rs 82.53 crore. Of these, 79.9 crores are using the internet on their cell phones. Overall, 40 percent of Internet connections are in rural areas. Average data usage also increased, from 100 MB in March 2015 to 12.33 GB by March 2021. Internet usage is booming as it is easily accessible to all. As data usage increases in this order … it is the responsibility of telecom service providers to increase bandwidth so as not to slow down. This is where India faces many problems. Internet speeds in the country still remain between 2G and 4G. As the number of devices increases, the speed of existing networks decreases. Telecom companies around the world are moving towards 5G to address this problem. They hopeful that the internet speed will increase with 5G.

Speed ​​in transforming information is one of the biggest benefits of the Internet. There will ads wherever customers are. Earnings through them will increase. Google, Facebook, and YouTube have already proven how to make money with views. The source of all this is undoubtedly the charm of the internet. The company said that a large percentage of phone pay transactions take place in secondary, tertiary, and fourth-tier cities and towns. This is made possible by the fact that the Internet has reached the level of ease of use in businesses and homes. Using technology can save on transactions and costs. MSMEs will strengthen if costs reduced. The Internet dominates the service sector with the aftermath of Covid. Somehow the survival of MSMEs has reached the level of being dependent on the Internet itself. The Internet has completely changed the way people work. Examining the balance sheets of corporate entities over the years, one can understand how much they have benefited from internet usage. With the arrival of 5G in the country, conditions will improve even more.

Every object in the world has a price. The same goes for 5G. Huge investments will have to made for 5G. With fierce competition in the telecom sector, companies stuck in debt with the cost of 3G. Including the purchase of spectrum, towers, and equipment, it is estimated that it will cost Rs 3 lakh crore to introduce 5G in the country. The number of towers and base stations will have to massively increased to fully achieve the speeds offered by 5G. In view of the competitiveness and productivity in India, the government should reduce the tax burden on the telecom sector and not demand revenue from them. Companies must raise the prices of 5G plans if the government does not support them. Customers will have to put aside their old phones and opt for devices with 5G connectivity. While many apps that work with artificial intelligence require 6G. 5G contributes to facilities such as virtual reality and ‘work from home.

To benefit from 5G in banking, finance, entertainment, shipping, and trading, large-scale data centers will have to set up. The result is increased power consumption. On the one hand, technology is changing the face of the world, but on the other hand, greenhouse gas emissions and fossil fuels are on the rise. As 5G gains momentum in the country- service providers will have to adapt themselves to this technology. Otherwise, it will lag behind and cause severe damage. There is no doubt that productivity will increase with 5G. For this, however, employees need to constantly improve their skills. These not sudden changes with 5G. From postal letters to telegrams, from e-mails to messaging apps, human lifestyles are constantly changing. If we do not realize the changes coming in the economy due to new technology and do not adapt to it, there is a risk of haunting problems like unemployment!

The speed of the internet is also increasing as the generations change. This speeds up the distribution of information and brings economic benefits. Internet speeds on 5G estimated to 10 gigabytes per second (Gbps). Currently, available 4G LTE technology speeds are only 300 megabytes per second. At 3G it is 43 Mbps. This means that with a 5G network, you can download a 500 MB file in 4-5 seconds. One gigabyte means you can download a two-hour HD movie in less than a minute.